Why Was There No Room At The Inn? 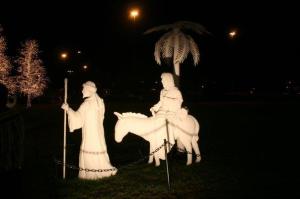 There are a couple of reasons why Joseph was turned away, when seeking a place for Mary to give Birth. First, baby lambs are born only once a year in the Spring.   It is quite probable that our Good Shepherd, Who Watches over His Flock, Was Born in the Spring.

Luke 2:8 And there were in the same country shepherds abiding in the field, keeping watch over their flock by night.

Second, the time of the Passover would have brought a multitude of people to the area on their way to or from Jerusalem and The Holy Temple.   The rooms for weary travelers would have been all taken.

Third, a woman giving birth was considered unclean until 8 days after the birth.  She was not to participate in society until the dedication of the child on its 8th day, and, if a male, his circumcision.

This was something that both Mary and Joseph would have known.  They sought shelter in a cave near the field where the perfect lambs were birthed and raised.  These were the lambs that would be the sacrificial offerings, without spot or blemish when they were one year old.

The Lord Yeshua (Jesus) IS The Sacrificial Lamb of God, without spot or blemish.  He Was, Is and Ever Will Be the Eternal Sacrifice for the sins we’ve committed in the past, the present and the future.  Of course, that doesn’t give us license to go on committing sins, for that would be like slapping His Face.

Take some time to think about the great sacrifices that Joseph and Mary made as well.  Both faced stoning, flogging and being cast out from their village and families.  Surely they were ostracized.  They came from Nazareth, therefore they were Nazarenes, living in strict obedience to the Torah and the Laws of Moses.

In making the journey from Nazareth to Bethlehem, they would have gone through dry and stony places.  Mary, heavy with Child, would have been bounced and jostled on the donkey, causing continual pain for a woman about to give birth.  For a first born child, there are always fears that arise as one views both the miracle and seeming fragility of a newborn.  But for Mary and Joseph, they had already been told and shown that This Child, Would Be Like no other ever born.  Every breath of their lives was to bring forth The Perfect, Sinless, Holy and Spotless Lamb of God.  How they must have hovered over Him and Taught Him continually!

Blessings, as we remember The Greatest Gift EVER Given! 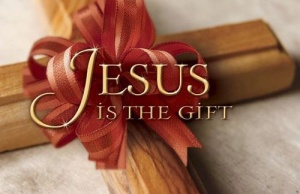